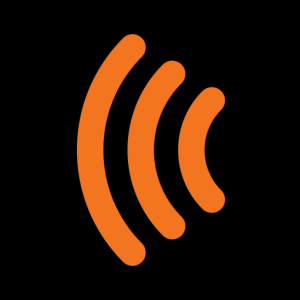 Instrumentation for non-destructive material testing methods has evolved considerably over the past decades.

Instrumentation for non-destructive material testing methods has evolved considerably over the past decades. The same exponential development in non-destructive testing methods that has taken place in other disciplines is also taking place: medicine, computing and the defence industry in particular are at the forefront, but the technological advances developed there are filtering down to other application areas, albeit somewhat belatedly.

The purpose of this article is to provide a perspective on non-destructive testing methods that gives an insight into the cutting edge of the science. These technological innovations, which are shaking up the scientific world, are redefining the traditional applications and tools of non-destructive testing methods and thus the entire workflow. The curve of exponential progress is steepening and we are marching inexorably towards dizzying heights.

We are living in the age of the fourth industrial revolution, where the pace of development is shifting into turbo gear. The first and second industrial revolutions replaced muscle power with machine power, while the third and the subsequent Industry 4.0, which is now unfolding, is slowly replacing human mental power with artificial intelligence. The automation of manufacturing has gone from initial mechanisation to the emergence of so-calledcyber-physical manufacturing systems. This allowed different systems to communicate with other facilities and to communicate information about themselves. Non-destructive material testing methods are also adapting to new manufacturing processes.

A comparison of the different non-destructive testing methods will help you to choose the right method, as there is no universal method of testing materials as far as science currently stands.

The effectiveness of certain non-destructive testing methods is subject to certain conditions:

At the same time, scientific progress is rewriting these conditions and investigative challenges. In the following, we present four examples from the cutting edge that demonstrate that we are living in a revolutionary era.

Digital imaging has colonised many fields of application and in photography has almost completely eradicated the analogue shooting method. It has also brought major changes in non-destructive material testing methods, particularly in ultrasound materials testing, but also in radiography over the last 5-10 years, to the extent that it has become capable of performing entirely new inspection tasks that were previously impossible with traditional film radiography. Although still used in certain examination situations, the time-consuming process of developing, storing and archiving films is not suited to the current accelerated pace of today's fast-paced environment, where instant digitisation and almost simultaneous evaluation are required - this is made possible by the advanced imaging system in digital radiography, the DDA, or direct digital array.

As its name implies, it is capable of direct, direct imaging, enabling primary digitisation of the specimen, using a sensitive flat panel that can instantly convert the source of the beam passing through the material into a digital image, allowing the material examiner to evaluate the result on the spot. Especially for automotive suppliers, DDA is the most efficient solution for OK/NOK inspection of thousands of products looking for scrap.

One limiting factor of DDA is that, due to its rigid panel, it is not the most ideal choice for inspecting cylindrical bodies such as tubular seams, but at the cutting edge of science, although still mainly for medical applications, experiments are being conducted with thin, bendable, thin panels that organically conform to the shape of the specimen.

There are several types of ultrasound on which different instrument systems are built, and a new hybrid technology, the Electro-Magnetic Acoustic Transducer (EMAT), has opened up new horizons in the application of non-destructive material testing methods, particularly for fast and cost-effective material testing of welded components in the automotive industry, but has also found effective applications in many other industries such as primary metal fabrication and metalworking, rail and pipeline, boiler and pressure vessel industries.

Deep learning - can humans be replaced?

The big question for modern civilisation is whether the time will come when self-driving machines will supersede human intelligence and make professions such as non-destructive materials testing obsolete. Industrial revolutions have seen machines take over the physical power of humans and human intelligence is slowly coming to a similar fate, given current developments at the forefront of artificial intelligence, deep learning.

The acronym YOLO takes on a new meaning for non-destructive material testing methods: it stands for a deep learning algorithm, which stands for You Only Look Once. For non-destructive testing of railway elements, for finding weld defects, and for real-time detection of surface cracks in concrete structures: YOLO is one of the most sophisticated algorithms for object detection, machine vision, you only have to run the object through its network once, because unlike previous algorithms, it detects and treats the image under inspection as a unit, hence its name: "you only look once". If this is how the evolution of machine vision is progressing, we are looking twice and innovation has already rewritten the role of the human factor in history.

Innovation can contribute to cost and time efficiency and sustainable development if it is embedded in the way materials testers think, so that non-destructive testing methods are optimised for the specific testing task thanks to the innovative tools that go with them. This systems thinking deserves special mention, and here we have explored the relationship between innovation, efficiency and materials testers in more detail. Technological innovations are only truly effective when they are in capable hands. They need professional experience and human judgement. We have not yet been replaced by artificial intelligence...

Write to us
Call Us!